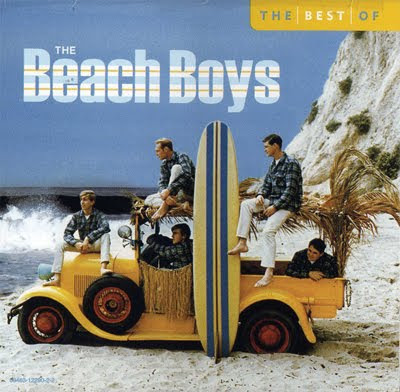 So my next big music hit was surf music. I remember being maybe 11 years old and hearing some sounds out in the living room. I go in there and my brother and a few of his friends are dancing to the Beach Boys singing "surf bop dip dip, bop bop dip dip" I thought it was the coolest thing ever.
Soon after that Brother Ben(4 years older than me) brought home a Fender Musicmaster and a Silvertone 2-12 amp. Pretty soon we had surf bands rehearsing in our garage. I just loved it!!
One day Ben said "hey do this" and showed me how to make an E chord on the guitar, and how to bar it into an A and a B.
Then he showed me what a "progression" was, what we now know as "blues changes". We played songs like "Surf Beat" and "Wipeout". Pretty soon I had my own guitar, an unplayable Kent, and I had my own band. My first band was the Pursuers, with my good buddy Paul on drums, Chris Petersen(he went on to play with the Pure Prairie League) and Robert Schwartz, my musical genius friend on piano.
We practiced a lot and I remember playing at school talent shows and a pancake breakfast. We probably knew 30 surf songs, most of them had the same rhythm guitar part(my part). We lasted through the school year and then broke up, I don't remember why.
Years later, I re-encountered Paul(he has a continuing role in this story). He hired TJ to take pictures of the Surf Liners his instrumental surf band. he was totally obsessed with the music, pure surf, not the vocal kind that the Beach Boys and Jan and Dean did. Now another 15 years has passed and he is still at it leading the Vibro Counts. You might see them at a car show or grand opening 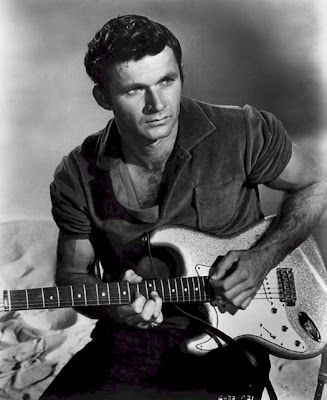