I love my job 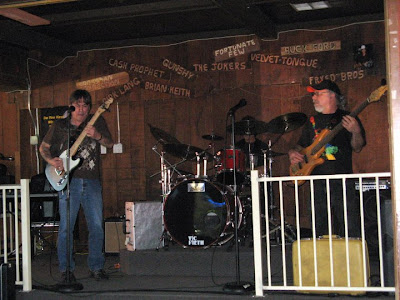 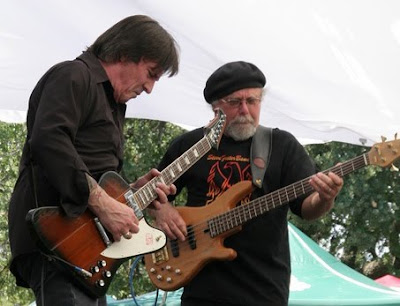 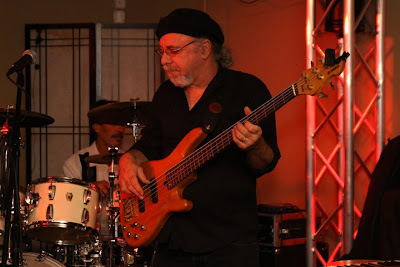 I ain't rich, I ain't famous, but I consider myself a truly blessed person. I love my life and I love my work. Being a sideman totally suits me.
I started out as a guitar player, but I never made much progress. I had friends htat were gobbling up Hendrix tunes and such, but it just wasn't happening for me. I had a bass(Mosritre) an amp(Showman clone made from Air Force surplus parts) and a Webb cabinet and I got an opportunity to join a band as the bass player(more about this later) and it just worked for me.
Turns out it was the best move I ever made!!!!! Seems to me that the ego that drives people to be performers is something that just sabotages rhythm section playing so there is always a lack of good drummers and bass players. I was jamming at the old Torch Club with Johnny Knox and we were just having a hell of a time with the guy on the drums. Played too loud and too much. Johnny said "he needs too much attention to be a drummer." True words for sure.
I think the key to being a real sideman is putting the music and the SONG ahead of anything. Be a facilitator or an enabler if you will. I joke that I make a living by making guitar players feel good about themselves.This might not be the sexiest attitude but it makes for good music. Gotta have a foundation for the house, you gotta have a cake to put the icing on. Bass and drums is the carrier wave everything else rides on. if ain't in the section it won't be there. I can make a singer sound good but a singer can't make me sound good.
I've said before that I am not trying to be the "best"(iffy concept at best) I just want to be the busiest. Bottom line: I get to play with all the great guitar players around here not compete with them.
And as usual: In the words of Tony Dey, if you don't want the gig call me.
Posted by JRL at 5:24 PM